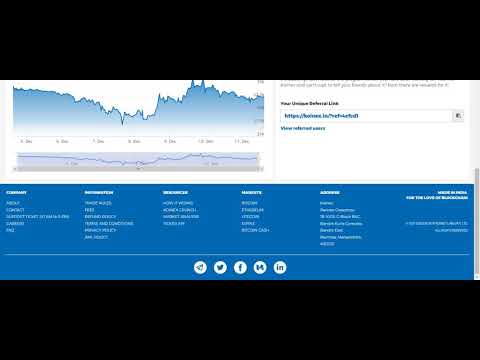 There is a big cognitive dissonance within the crypto community. The dream of decentralization and censorship resistance is dominated by big centralized exchanges centralized empires like Binance and Coinbase.
Speculation still drives the market and fuels the continued growth of centralized exchanges. One of the leading factors fueling the revenue stream of exchanges is new coins, namely ICOs and in future STOs. ICOs became nothing more than a way of Flipping Tokens. Most ICOs used and continue to used Proof of Greater Fool to push forward their blockchain.
People invest in something that they know is probably worthless and extremely overpriced, hoping that they can sell that worthless overpriced digital token to a "Greater Fool". In the end, all ICO investors are fools because even if Fool #1 manages to Flip the token at 3x the price he bought it at, he is still the fool compared to the ''ICO that now holds millions** collected by all the #1 fools.
Essentially ICOs that list on exchanges right away that have nothing to offer and no product are basically Ponzi schemes, with ICO team at the top, ICO Buyers second Layer and people on the exchange at the bottom of the pyramid.
The IEO (Initial Exchange Offering) is a natural evolution of this Ponzi scheme: Now with ICO and Exchanges working together to pump up the price, being able to freely manipulate the price of the token and print free money. As Cryptocurrencies are a totally unregulated market they are pretty much free to do whatever they want.
Cryptocurrency exchanges basically became empires fueled by greed, trading fees, listing fees, and so much more. These empires have no interest in changing the system, similar to how banks do not want to give away power.
It is expected of anyone in power to be very corrupt in a totally uncontrolled market.

In 2019, for the first time in 3 years, projects that focused on tech, product, and business development came out of the darkness.
Most people pretended to work to look good to raise money, however, some actually worked to solve problems. 2019 was also the year that we started to see Initial Exchange Offerings. ICOs conducted on exchanges compared to publicly.
The original purpose of ICOs was to take away the monopoly of fundraising away from stock exchanges and brokerage firms. An IEO is well explained in that scene of Wolf of Wall Street, when they opened an IPO for Steve Madden shoes. Remember when a centralized entity is responsible for issuing a new stock? It probably has a vast interest in pumping that price, but is it legal in the traditional financial space?
ICOs that are actually working hard to build their product also understand that in order for their projects to become successful they need to become decentralized. They need to get their tokens in as many hands as possible. Of course, the person that is attached to that hand should also bring value to the project.
The best example of the power of useful decentralization is Bitcoin. Bitcoin has a pretty old tech, had a few bugs in their source code, is super slow, but yet it has by far the best community and strongest social consensus. Hashrate doesn't mean much, after all, Bitcoin Cash had a bigger hash rate for a brief while, but it was the social consensus of the mining community that decided not to implement the new changes introduced by Rodger and Bitmain. Now BCH is less than 96% of the market Cap it used to be.
The value of cryptocurrencies is defined by nothing more than censorship resistance, game theory, and token holders. In the long term, these three factors will be decisive determining which coin will have the biggest market cap. Bitcoin has by far the most censorship resistance, probably one of the best game theories and by far the best community.
The value of a coin is pretty much all about: how hard it is to change the information saved on the block * (sum of all useful skills and influence amongst all token holders) that can be leveraged by game theory within the ecosystem.


Best case vs Worst Case outcome for an ICO

An ICO that is used for its actual purpose and not as a vehicle to facilitate scamming, can be seen as the big bang of any new blockchain ecosystem. Successful ICOs understand that they need to act like economies, not companies. Usually, economies filled with smart people that can utilize their skills to push their ecosystem that is also run by the good government (good game theory) do very well, compared to economies that have a very small set of inhabitants that can bring economic value for influence and skill sets.
The optimal scenario for an ICO would be if the tokens were magically distributed among the best developers, business integrators, influencers, politicians and basically anybody that would be willing and capable of bringing value to the new blockchain ecosystem.
Bitcoin’s mechanism to achieve this magical community was via mining and its 4-year reward halving cycle. It takes a great deal of passion and technical skills to start mining. Also, the low token price during the first few years motivated the best developers, who are also deeply interested in the technology, to jump onboard and help on its development efforts. This also allowed them to acquire a lot of tokens in the process.
The 4 year Bitcoin Pump and Dumps enable very smart individuals to join the bitcoin ecosystem every 4 years and accumulate at low prices. Regulators love crypto once they’ve also bought a bag.
Therefore the best outcome is the magical distribution of tokens to all the best developers, business integrators, influencers, politicians and basically anybody that would be willing and able to help that new blockchain ecosystem. The worst case would be an ICO whose tokens holders are mostly speculators, also known as an initial Exchange offering.

We have been very busy for the past few months to build an IDK (ICO Development Kit) for the cryptocurrency ecosystem.
It is an off chain - onchain hybrid solution that any project can plug into their project to assist them with all problems they could potentially face and helps them in the long run to become a decentralized autonomous system. We called it Social Mining, proof of engagement. A certain percentage of the token supply is dedicated for social mining. Any ICO or Post ICO project can plugin our solution to boost their community and to help them become more decentralized.
We have been testing the system now for about 6 weeks and the results are already overwhelming for our first client LTO Network. After the first 6 months, LTO network now has 8 different language channels, community marketing team, over 50 mainnet nodes, community development team, and community produced merchandise shop. The platform is in every sense the opposite of an Initial Exchange offering.
The best performing ICO in the past 12 Months was raised via an IEO on Binance 2nd best performing ICO was raised via our IDK and proof of engagement
You can find a very good in-depth comparison of the two projects here: https://cryptodiffer.com/news/buid-the-meme-that-thrives-in-todays-bearmarket-by-steven-price/
For more information on Social Mining you can check out our content at: www.icodog.io - https://icodog.io/crypto-stories/the-story-of-icodog-november-progress-report/
Or on the LTO Medium Page: https://medium.com/ltonetwork/community-engagement-and-whitelist-the-lto-way-4698b98fdddd
Full article in: https://steemit.com/bitcoin/@icodog/the-greater-fool-s-theory-crypto-edition
By icodog.io

Ponzi vs. Pyramid Scheme: What’s The Difference? Bitcoin An alleged new digital currency Ponzi scheme out of China, Antimatter Kingdom (AK), has seemingly brought in bitcoin valued at $11 million... Ponzi vs Pyramid. Many people associate Ponzi schemes with pyramid schemes. While they do share some similarities, they’re not exactly the same. If you think about the organization and methodology behind a Ponzi scheme, it certainly has a triangular structure. The schemer sits at the top, above continually increasing rungs of investors ... Especially in the run up to Bitcoin’s peak price point, when the ICO money was just about to blow up. In the end, his Ponzi/pyramid scheme comments seem to become less viable by the day. Not because cryptocurrency is a safe bet but because it’s becoming useable in ways that Charles Ponzi’s tokenised shares never were. The end of Alex Jones Could it then be a Ponzi scheme or a Pyramid scheme? Let’s Talk About Bitcoin. This is popularly regarded as the internet of money. Ever since the early days of the internet, the quest to transfer money without experiencing hitches has been the major puzzle to be answered. The puzzle of who watches over the money in the sense of a third party. This is the emergence of Bitcoin, a digital form ... OneCoin cryptocurrency investment project has responded to widespread allegations going on in and around the cryptocurrency world that the project is nothing but a pyramid scheme. The firm laid the issue to rest once and for all saying that it does not fit the narrow definition of a bitcoin ponzi scheme.. According to a report credited to Samoa Observer on May 14, the apex bank in Samoa, the ... Many of its users claim they’ve seen significant returns investing in BitConnect, and they evangelize heavily for the platform on forums, YouTube, and blog comments. On the other hand, detractors warn that BitConnect’s business model does not seem entirely honest, and it could be a long scam or a variation of a ponzi scheme. Report. Whenever investors encounter a pyramid or Ponzi scheme, it is important to report these to the appropriate authorities. This will help to protect future investors from falling victim to the same scam. Is Bitcoin a pyramid scheme? Some may argue that Bitcoin is a big pyramid scheme, but this is simply not true. Bitcoin is simply money ...

In both Ponzi schemes and pyramid schemes, existing investors are compensated by the contributions of new investors. Ponzi scheme participants believe they a... Hello Friends is Video Me Aap Dekhiye Bitcoin Vs MLM! BITCOIN भी Ponzy Scheme and MLM भी ! सही क्या है ? Click here And Subscribe Global Rashid Motivation Channel https ... In this video, I discuss whether or not Bitcoin is a Pyramid scheme or a Ponzi scheme. I conclude that it is neither, simply because: 1) Bitcoin is decentralized, not run by a corporation or ... 👑Exchange consigliato- Binance: ... Ponzi vs. Pyramid Scheme: What’s The Difference? - Duration: 3:20. NowThis World Recommended for you. 3:20. Criptovalute e fisco italiano tra norme vigenti ... What is a Ponzi scheme and. pyramid scheme? What is the difference? And how do they related to cryptocurrencies? In this video we explore a little corner of financial fraud. Do you thing Bitcoin ... Robert Kiyosaki and Ted Siedle Explain WHO Stole Your Pension [Rich Dad Radio Show] - Duration: 45:47. The Rich Dad Channel Recommended for you. New सावधान रहिये Ponzi Scheme Fraud से What is Ponzi Scheme Investment Scheme Fraud Hindi - Duration: 2:55. The Outliers 12,869 views 2:55 In this video, let's review Ponzi Scheme, Pyramid Schemes, and Bubbles, to review what we need to know, and Let's Discuss! Market Overview: 4:20 The Bitcoin Market: 6:45 As Bitcoin is growing in value, more and more people are getting exposed to the power of Bitcoin. But, is Bitcoin a Ponzi or Pyramid scheme? Watch the video and find out!